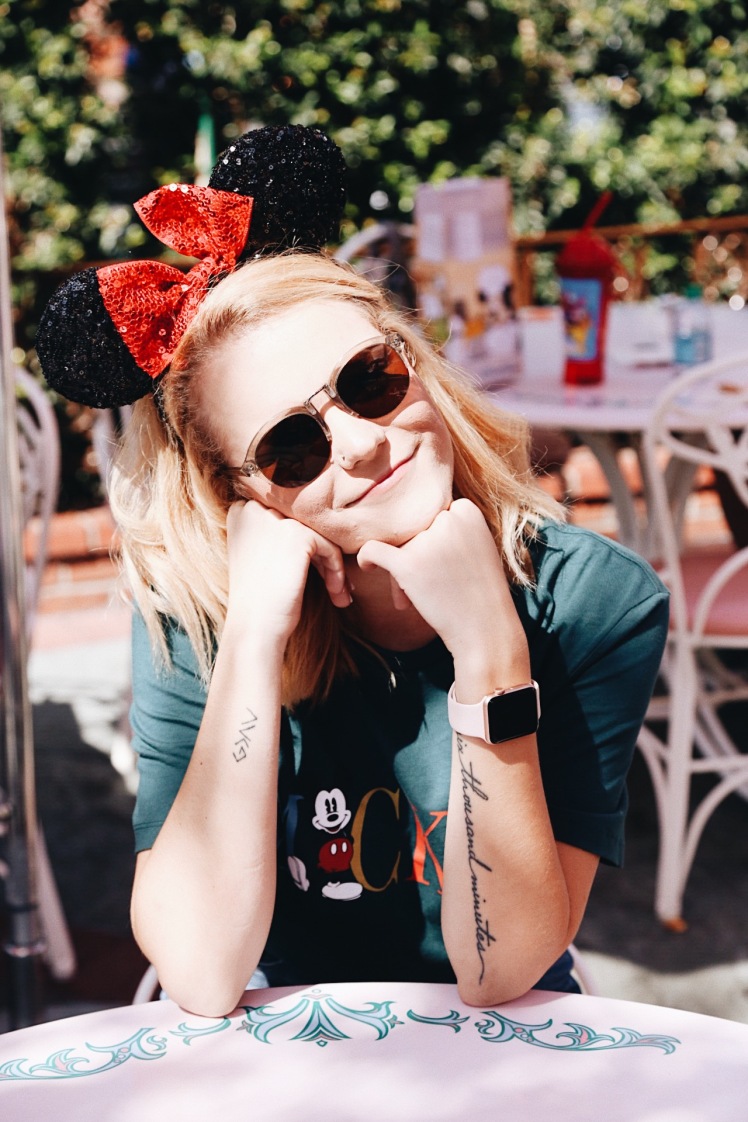 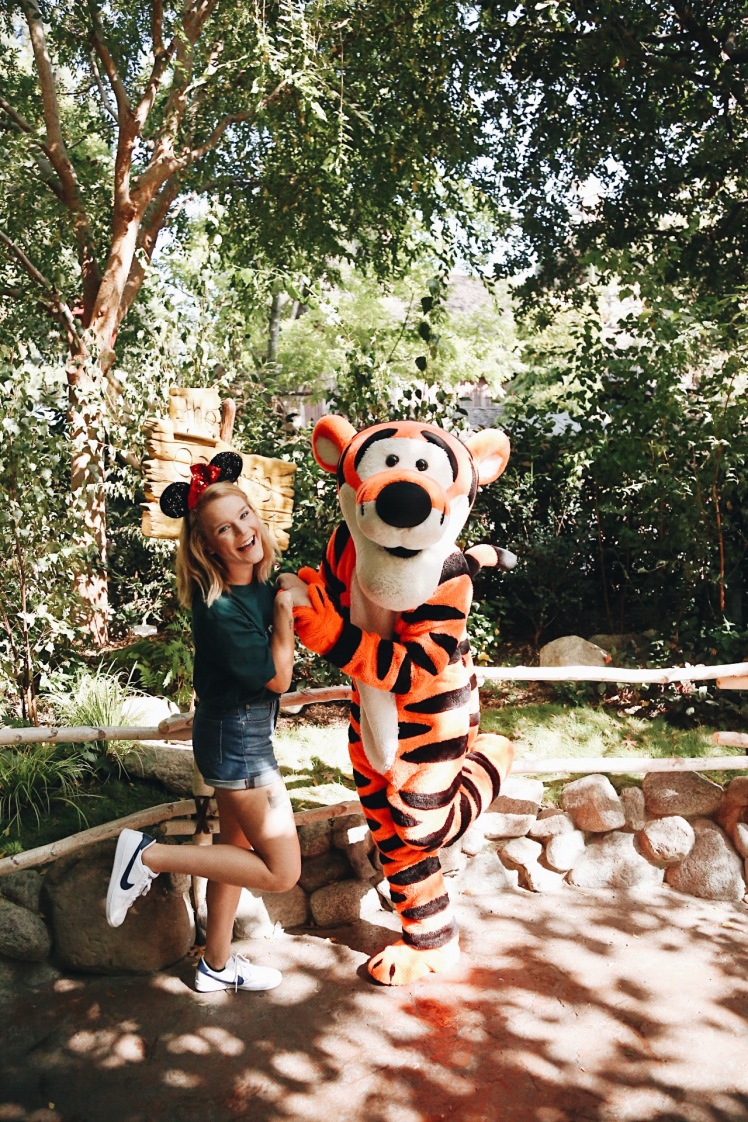 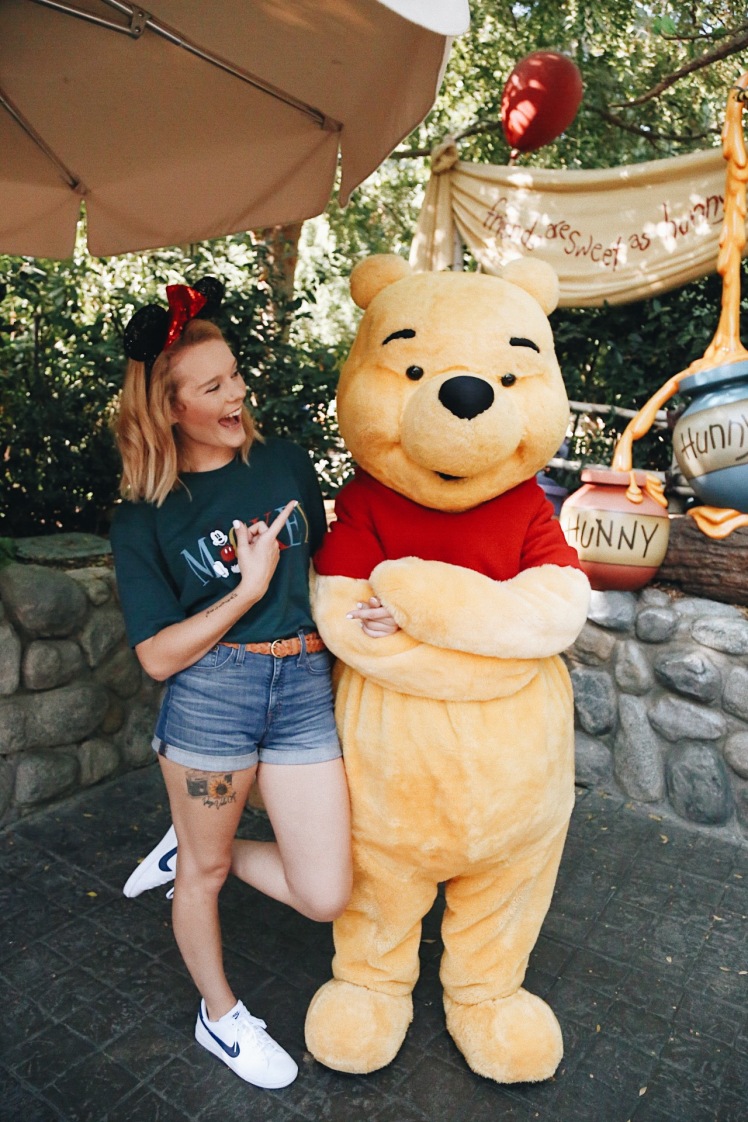 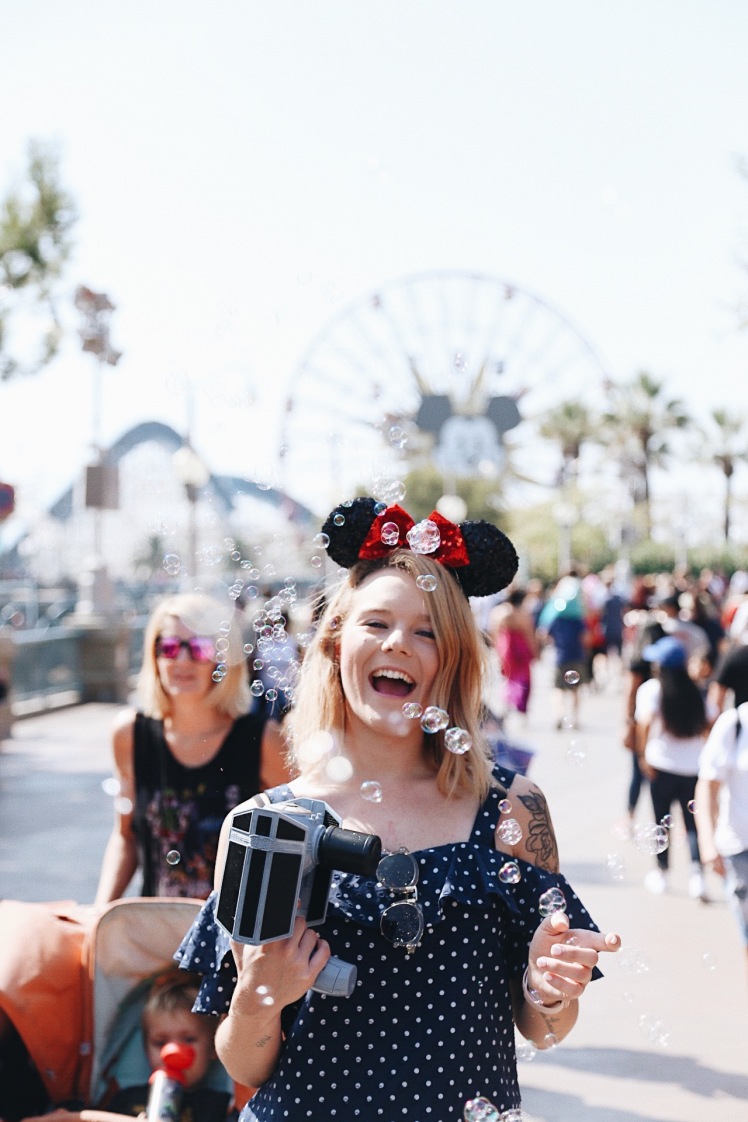 Yes, it is true… I spent my 21st birthday with my parents at Disneyland…

AND IT COULD NOT HAVE BEEN MORE FUN!!!

I was a bit concerned with all the California fires that it was going to be super smokey but luckily for us it had pretty much cleared up (if you are or have been personally affected by the fires, my thoughts and prayers are with you).

I’m going to let you in on a little secret… I had my birthday/Disney outfit planned 5 months prior to actually being sure that I was going. I just like to be prepared and fashionable, what can I say?!

My breakfast of choice was Pumpkin Pie Pop Tarts (super fitting, I know). I was going to have a glass of wine to wash it down but my parents suggested otherwise… Probably a good choice seeing as it was approximately 9:30 in the morning.

It was already packed (obviously) at 11 o’clock which makes sense because it is Disneyland! People come from ALL OVER just to experience the magic of it! What’s cool about going to Disneyland on your birthday is that you get a special birthday pin and EVERYONE has to wish you a happy birthday!! I think this birthday I got the most “happy birthday” wishes lol!!!

The first ride we all three wanted to go on was Pirates of the Caribbean. That is my all time favorite ride (although the new Cars ride comes pretty close)! The line was rather long but we had fun people-watching and talking so it went by super quickly. Someday I wish to go to Disneyland when nobody else is in the park (yeah, like that’ll ever happen) and just not get off the rides until I am sick of them and walk right up to the next… I don’t know, that’s just something I think about every now and then. After Pirates, we walked around a bit because the line to get into the Haunted Mansion was incredibly long, even with the fastpass. After walking around (going to Pooh’s country and meeting both him and Tigger) we went back to the Haunted Mansion and got in line. We met this group of kids who had a friend who had NEVER BEEN TO DISNEYLAND!!! What. A. Crime. Who’s never been to Disneyland before??? I hope, if you haven’t, you put it on your bucket list and get yourself there.

We spent the whole day just wandering around, acting like kids without a care in the world! We went on rides and ate AMAZING churros and went on some more rides. Later in the evening, we decided it was time to do what everyone typically does on their 21st birthday. We got drinks. Now, Disneyland doesn’t sell alcohol so we had to “off-campus,” if you’d like. The first stop on our Disney Bar Crawl was The Grand Californian’s Hearthstone Lounge. We saw this girl with a glowing drink, she let me try it, I ordered it. Simple as that. I’m very easily pleased, what can I say. After finishing up there, we walked to the Disneyland Resort to try out, what’s gotten rave reviews, Trader Sam’s. It is a little tiki bar that has sound and lighting effects depending on what drink you order. If you are ever at Disneyland and are of legal age you DEFINITELY have to go there and check it out! Soooo many good drinks, such a fun atmosphere!!!

They had shut it down for some maintenance 2 minutes before we got to the ride so we had to kill some time. While killing time, we went on the submarine Finding Nemo ride. It was pretty adorable… That also helped the drinks settle before going on the ever so rapid and twisty, Space Mountain. It helped.

We decided that it was time to go back to the hotel after that because we had walked almost 9 miles and were completely wiped out.

The next day was California Adventure day!! Our first stop there was obviously coffee, so we stopped at their makeshift Starbucks. It was very pleasant and very much needed, as I was completely exhausted from the day before haha

It was such a fun day as well! We went on the Cars ride which was SOOOO fun!! It was my first time visiting California Adventure since Cars Land was built and I am so happy that we got to go to that park as well! We walked around and then went to the Paradise Pier to get some drinks and food and then we saw the Frozen Live show… it was so good!! The actors were amazing and I loved it (well duh, it’s Frozen)! We decided to head home around 6pm because I wasn’t feeling all that well and I was so drained.

I would say that this was the best birthday yet! It was brought to me by my mom and dad, thanks for wanting a kid and doing everything and anything for that kid (me).

I hope you are all having an amazing Thursday and stay beautiful!!