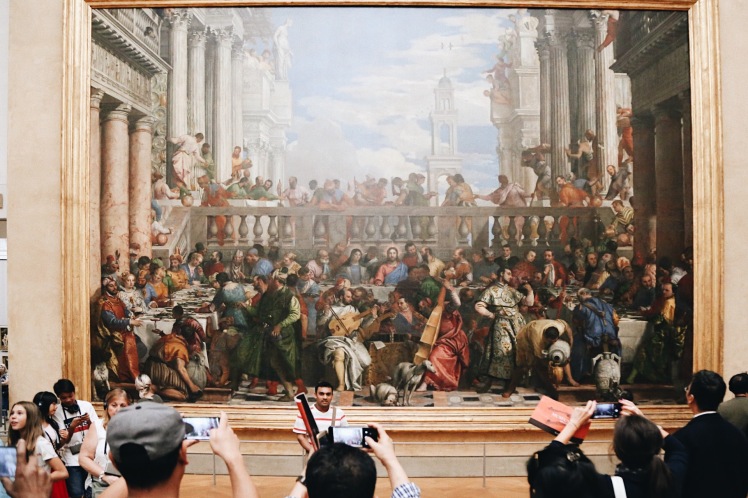 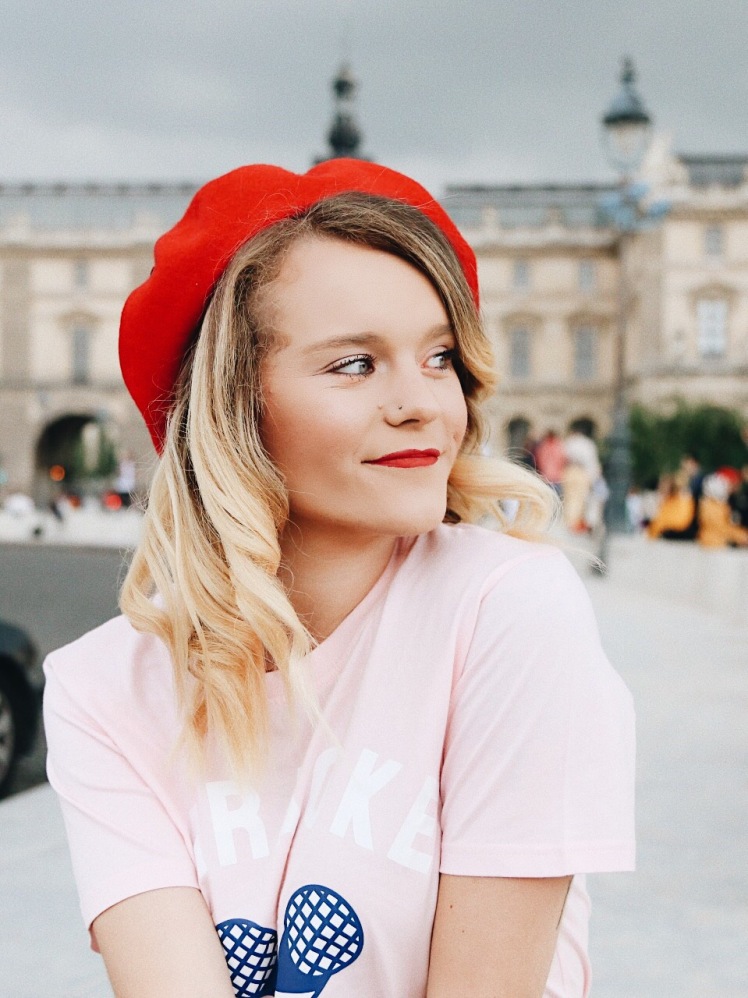 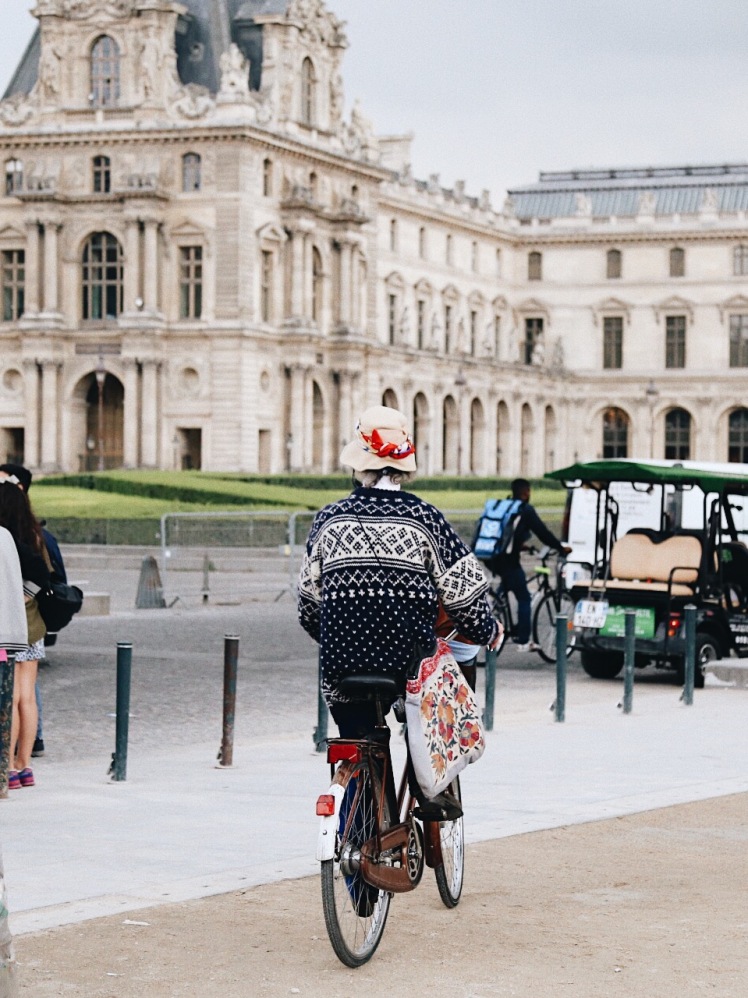 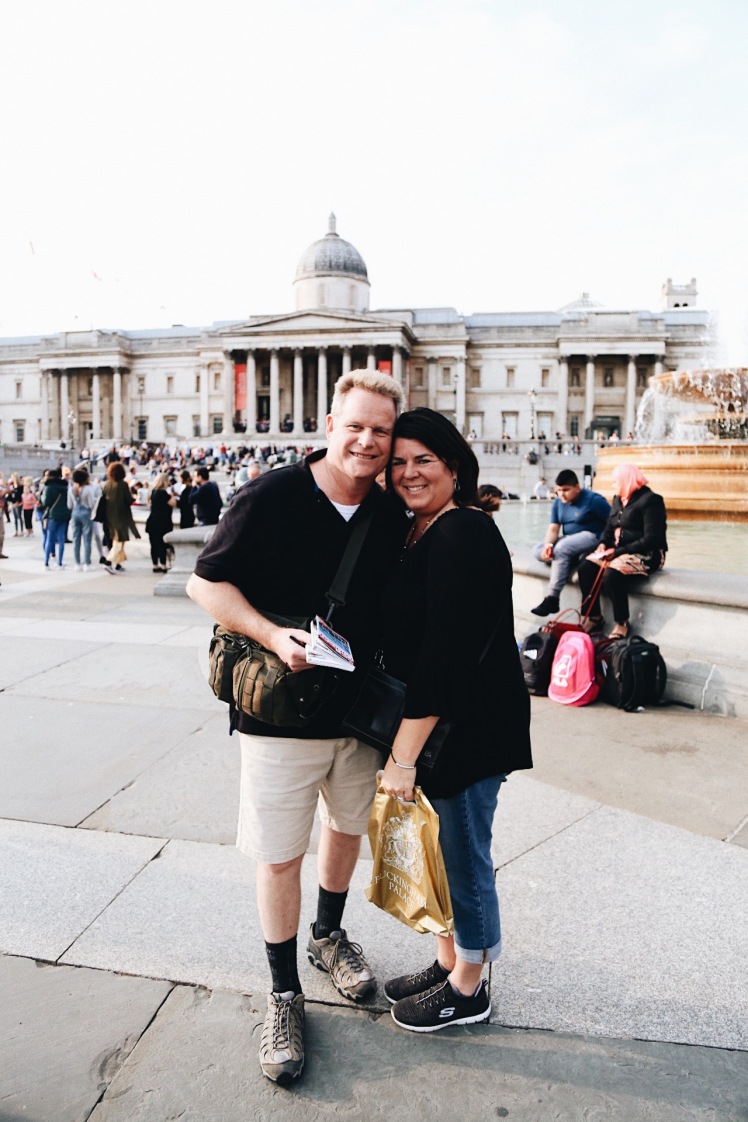 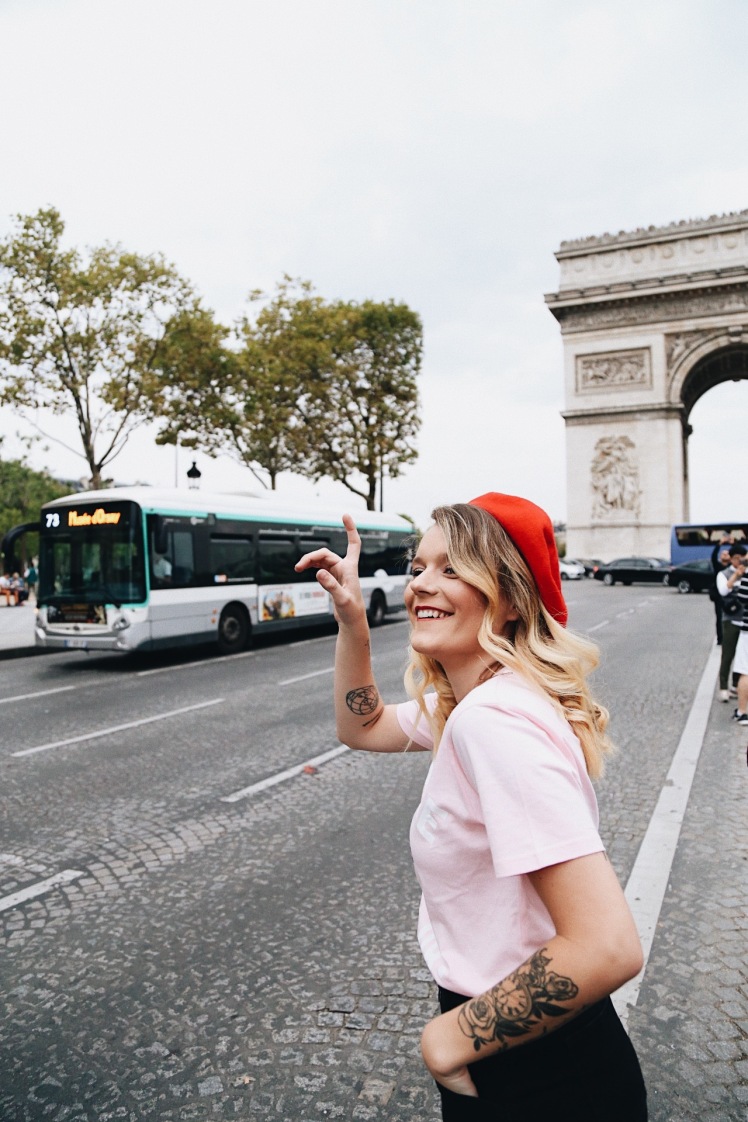 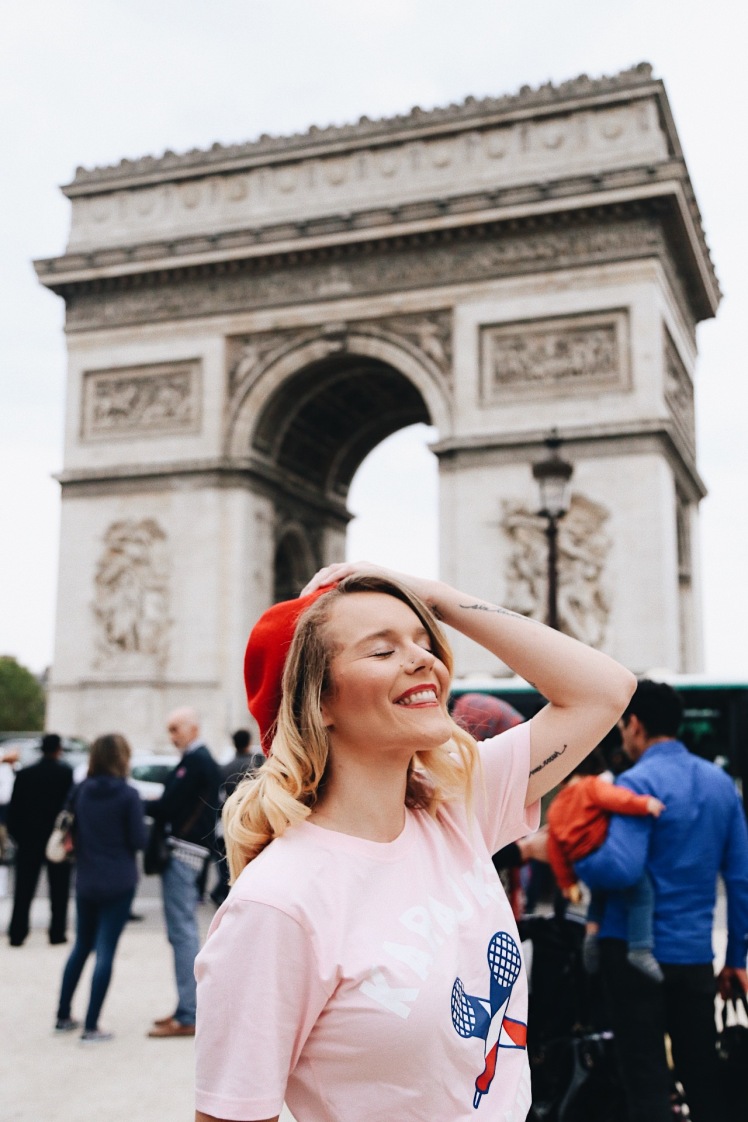 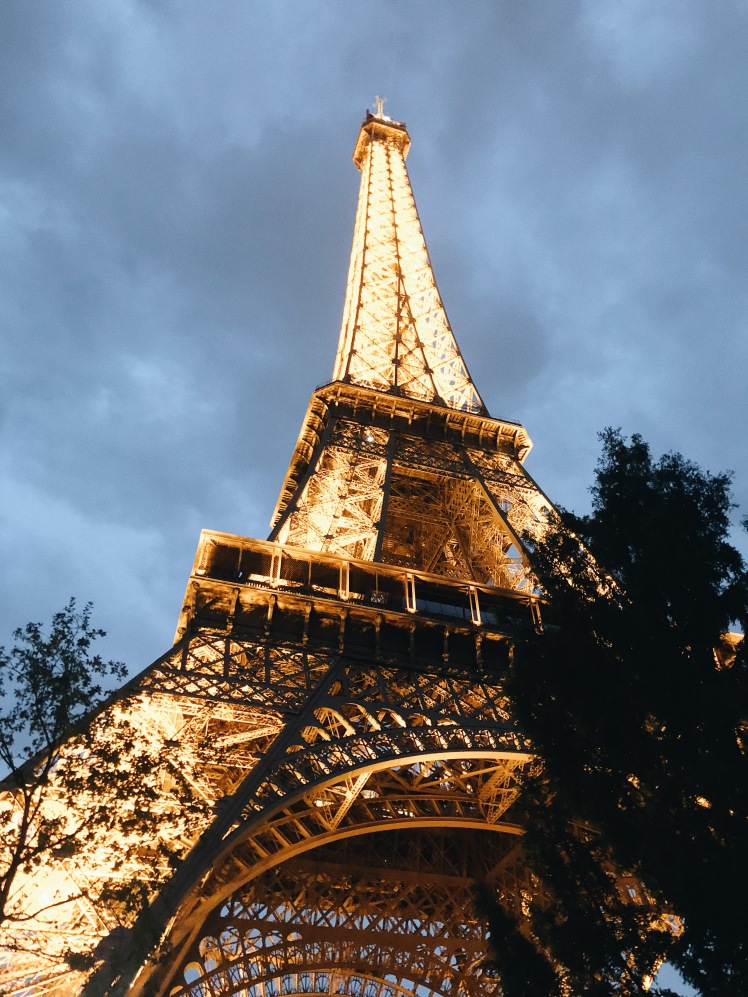 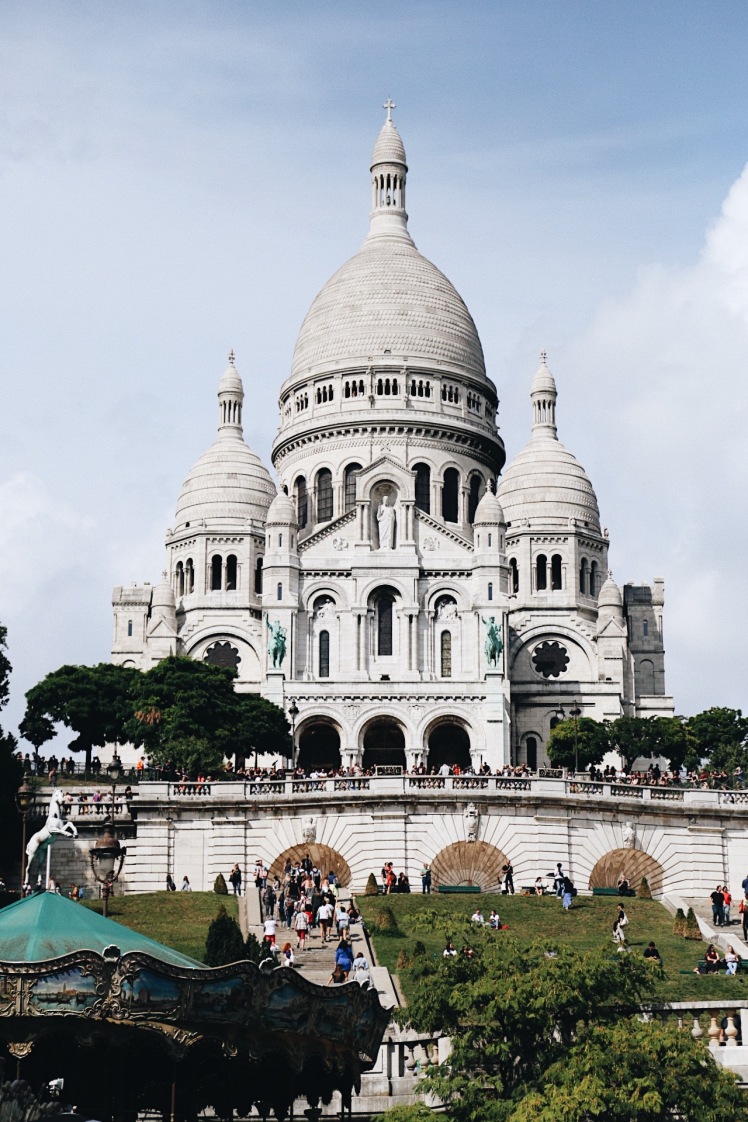 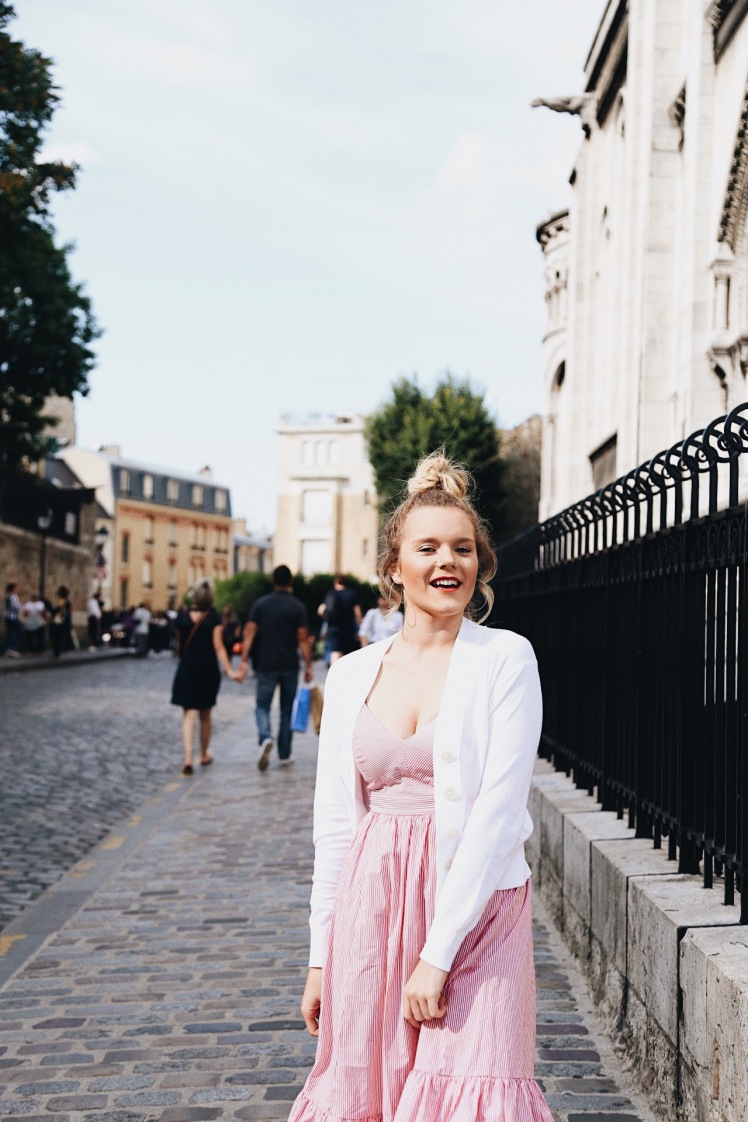 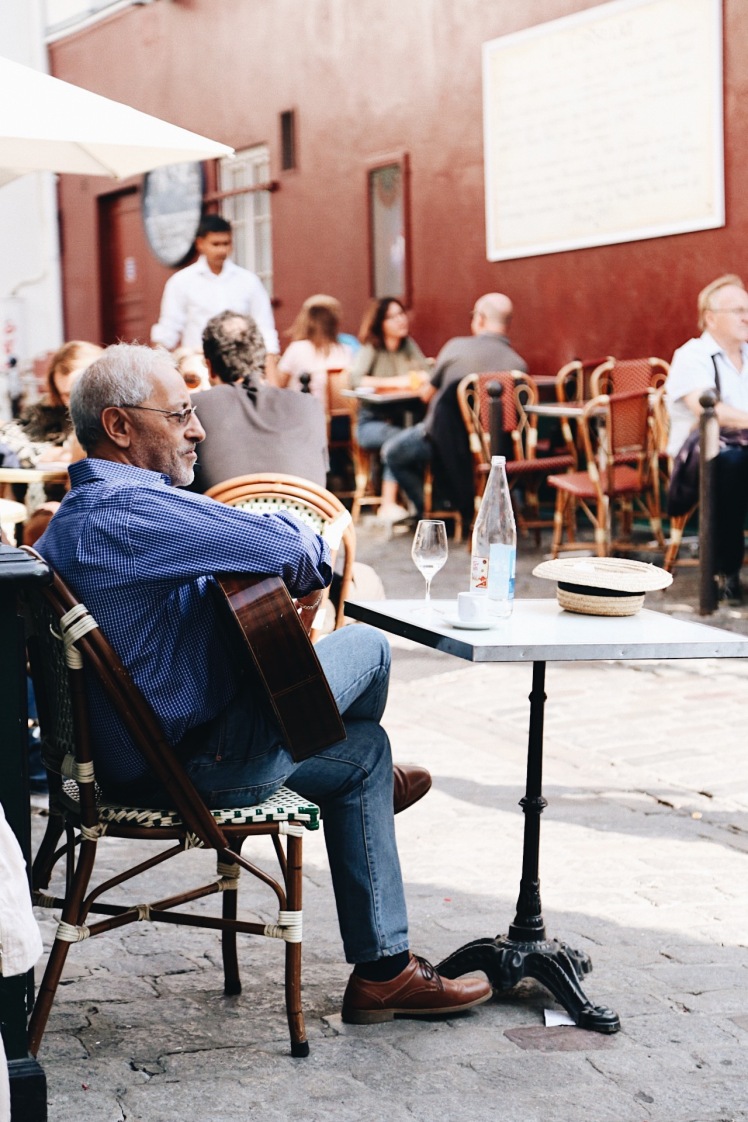 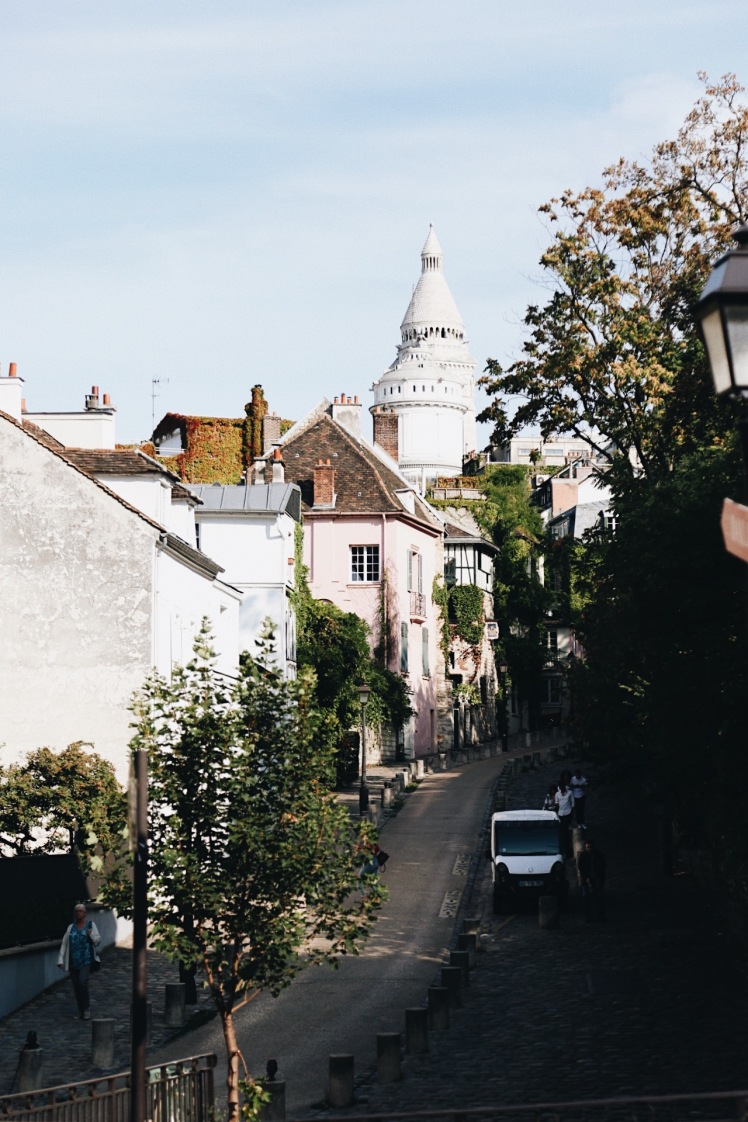 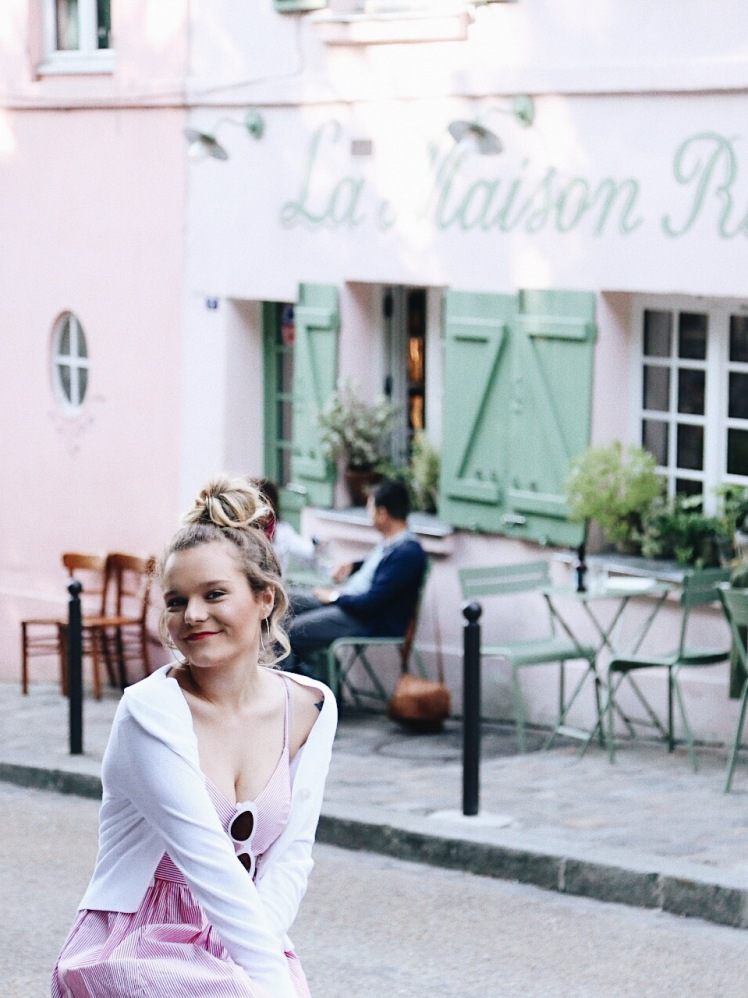 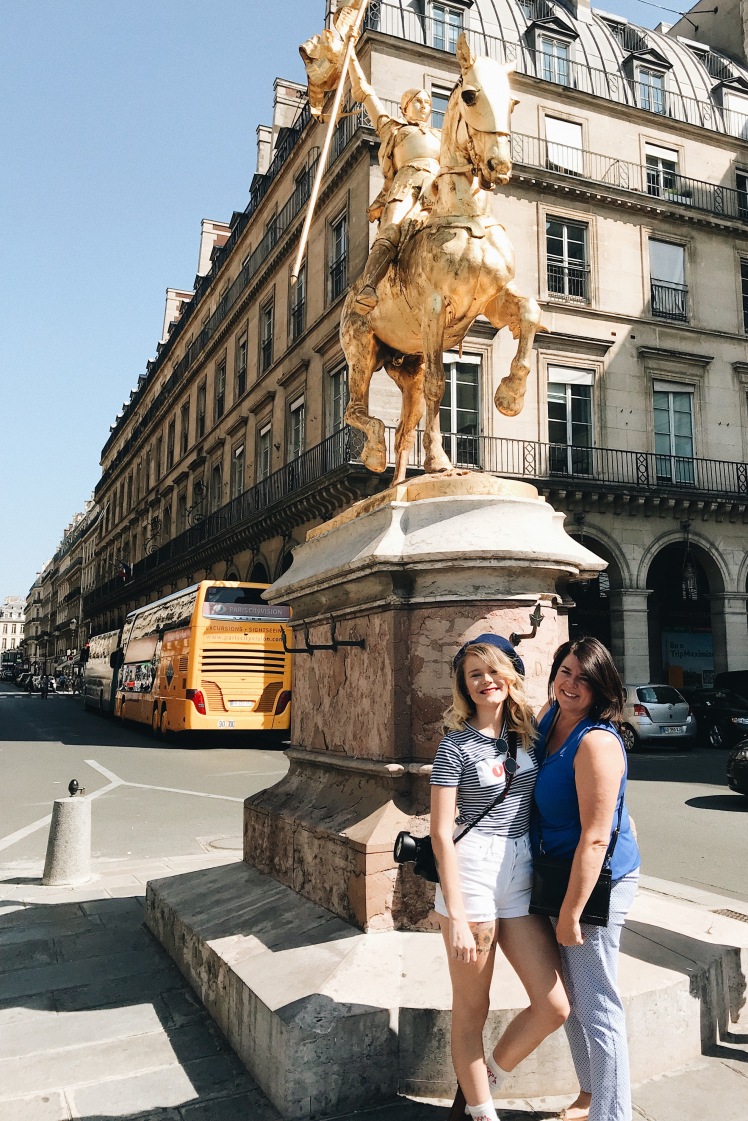 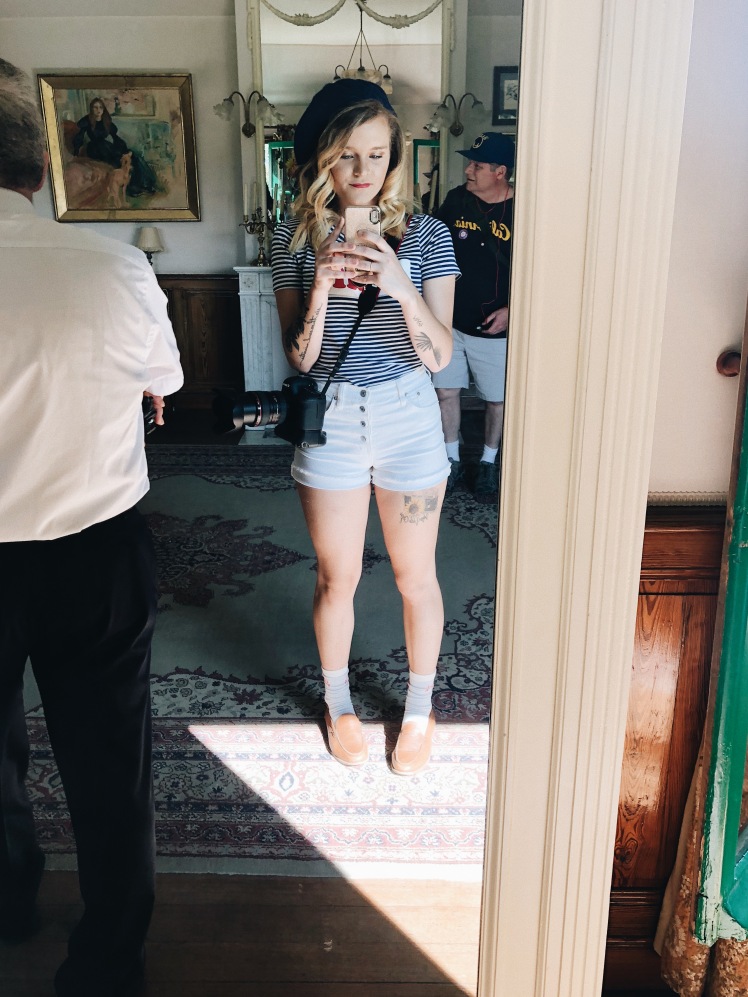 I HAD to take a selfie in Monet’s bedroom mirror, DUH! 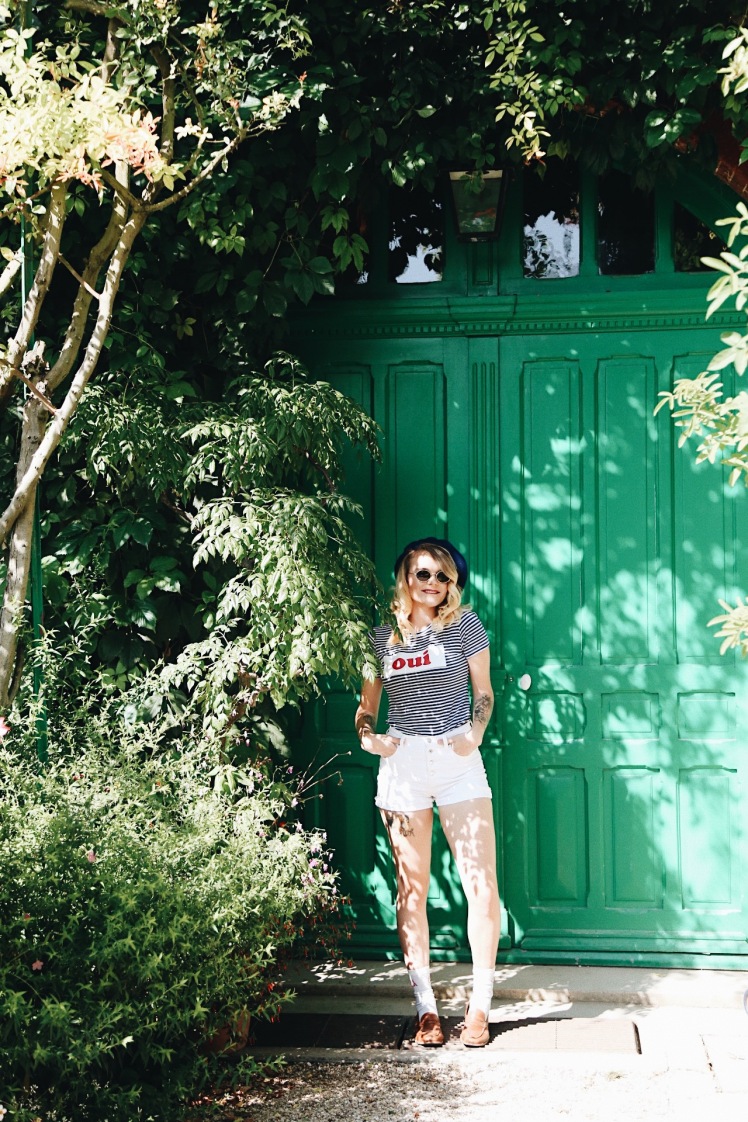 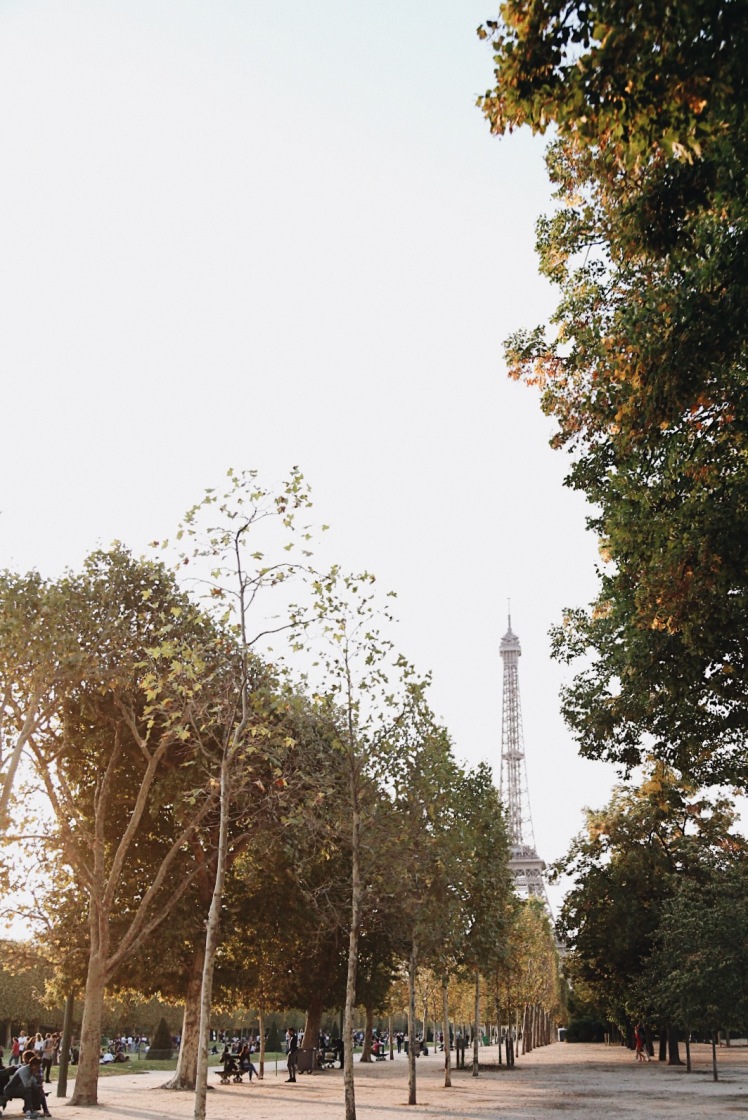 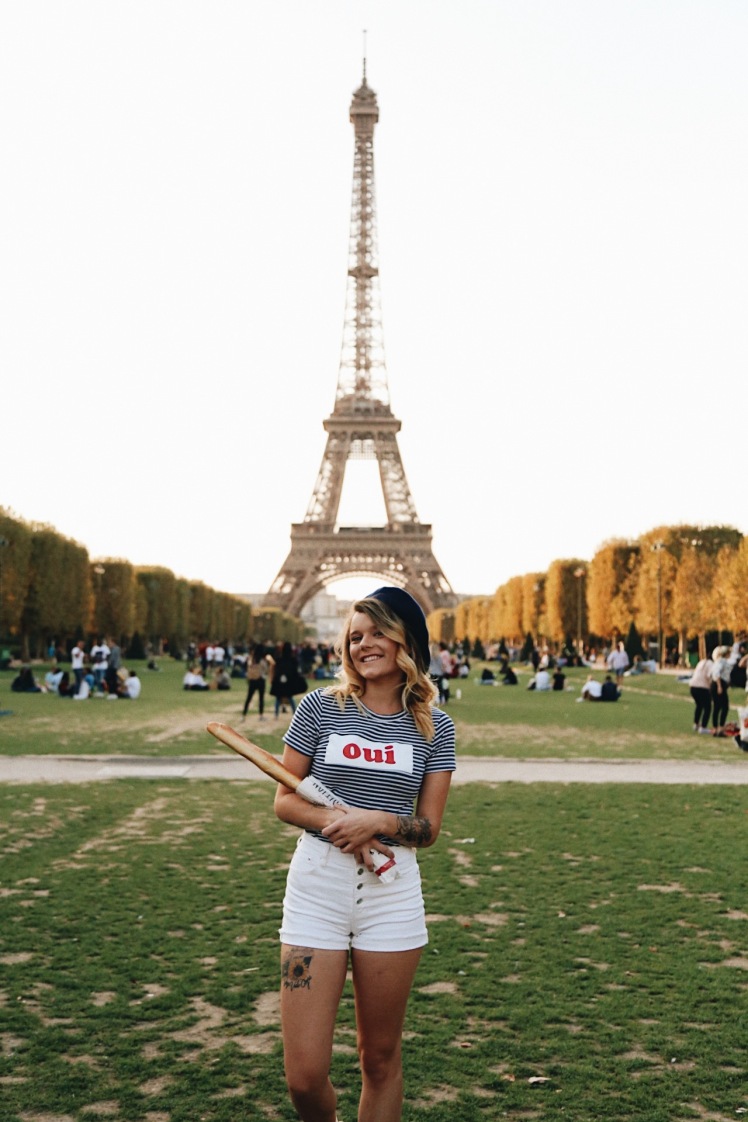 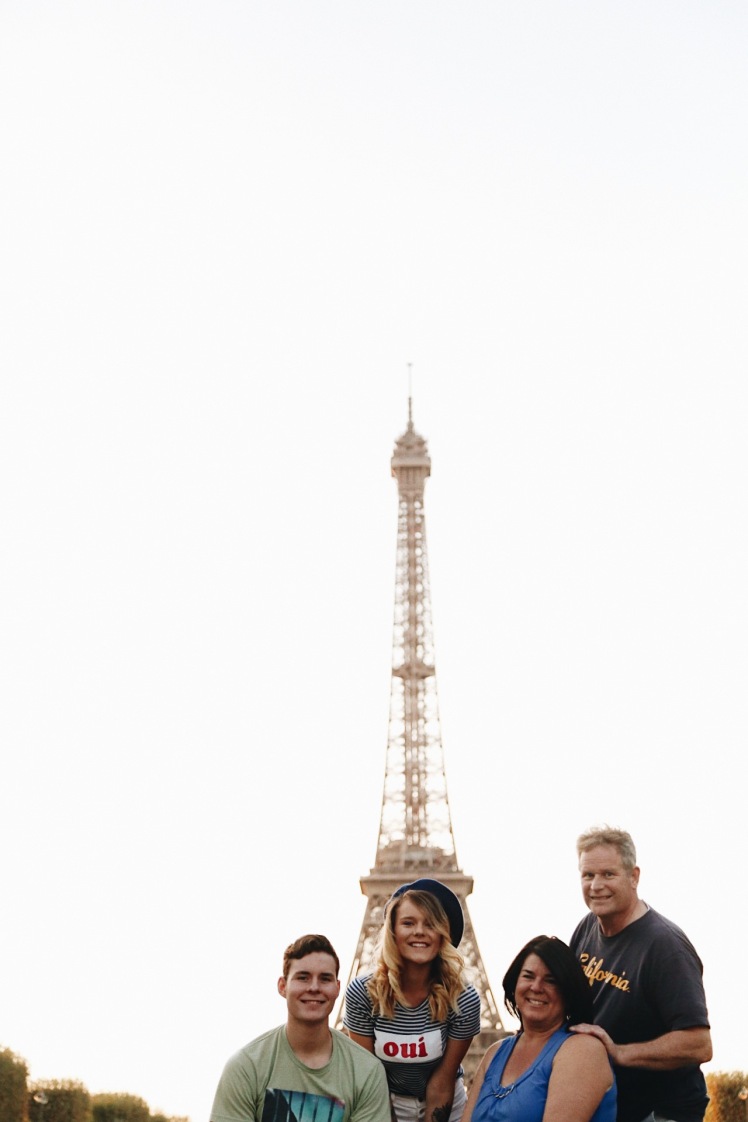 Having been to Paris before, I was slightly nervous to go back because I wasn’t a HUGE fan of it the first time. I also got sick so there was just a bad taste in my mouth (pun intended).

EVERYTHING CHANGED THIS TIME.

I have ABSOLUTELY fallen IN LOVE with Paris (despite getting sick AGAIN this time)!!!

We arrived in Paris in the early evening via the “Chunnel,” which was quite a quick little trip! I believe it only took about 2 hours or so… VERY doable if you’re looking to travel from country to country in Europe. Our first night, we pretty much just got settled into our super cute little loft, tired from a long day and then traveling on top of that. So our Parisian experience didn’t really start until the day after.

It should not come as a shock to you that we decided to go to the Louvre on our first day… the most typical Parisian thing to do. I absolutely LOVE going to museums and Europe is the best place for this!! The Louvre is such an amazing place, especially if you’re an art lover. I don’t know too much about art but I do appreciate it. What has been funny to me since the first time I visited the Louvre is how underwhelming the Mona Lisa is, then you look directly behind you and there is this HUGE MASTERPIECE COVERING THE ENTIRE WALL!!!! Now, I understand that that is definitely an unpopular opinion and, don’t get me wrong, it was definitely special to see the Mona Lisa in person… There are just so many other pieces of art that are more spectacular than her. The architecture of the Louvre is itself a museum!! Ugh, I’m just in love.

That night, after our long day full of museums, we took a nighttime “booze cruise” (we had one glass of Champagne) along the Seine River. That was such a different perspective of Paris than I had ever seen. It seemed as though the river was the place for young people to hang out on the weekends, there were so many people!!! It was so fun to see such community. I feel like we have that here in America but it’s not as real and as raw as that was. People were just out with candles and flashlights. Some people had music and they were dancing, others had wine and were catching up with friends. It was so magical. Add on the fact that the Eiffel Tower would have a light show on the hour… SPECTACULAR!!!

Our second day, we decided to go to Montmartre…

THAT WAS MY FAVORITE DAY OF THE WHOLE TRIP. The little town of Montmartre is so quaint and artsy, it was absolute paradise for me!! I did not want to leave!!! We decided to kind of just play that day by ear. We sat in the little square where everyone painted and played music and we just people watched and drank wine. SO simple, yet SO fun! We also stumbled upon this cute restaurant that I’ve only seen pictures of called La Maison Rose… Now, we did not eat there we just stopped in front of it because “pics or it didn’t happen,” ya know? That took up most of our day which was NO problem to me! I LOVED IT!!!!

Our third day in Paris was also quite the experience. We trekked (took a bus) to Claude Monet’s house in the countryside, which is something I have always dreamed of doing!

Can I just say… HOLY COW!!!!! His property was so lush and incredible, who wouldn’t want to live there?! It was colorful and quaint and there were flowers EVERYWHERE!!! My favorite!!! We got to see the inside of his house, which was also insanely colorful. His studio, where he had a bunch of his paintings on display, was the kind of place I imagine spending all the days of summer in… A light breeze blowing through the open windows, the early afternoon light glistening in, creativity just all around you. That would be the place I would like to spend my time.

By the end of the day, we were all pretty tired BUT we were leaving Paris the next day so I MADE everyone come with me to the Eiffel Tower to take a couple photos because I had envisioned it since my parents told us we were going to Europe. We bought a baguette and took towards Paris’ most iconic monument!! I think we even got our Christmas card picture out of it (the very last photo).

Unfortunately, the next day when we were leaving, I got sick. I spent our day of travel to Rome throwing up in airport security which was absolutely NO FUN at all…

The story doesn’t end here. Keep following to see and hear how the rest of my Europe trip went!

I hope you are having an AMAZING weekend!!